A few first things you should know. Firstly, the ratings out of 5 are based on 5 reaching the levels of the Mander family Chocolate Puddle Pudding. That’s hard. (Basically what I’m saying is that your average meal is a 2.5, so I’m using a tough measure!)

Secondly, general things about eating in Japan. Before you eat, you’ll probably be given an oshibori, which is a hot/wet hand towel to clean your hands with. Also before eating, you say ‘itadakimasu’ (usually with a little nod of the head and your hands together), which is like the equivalent of us saying ‘Bon appetit!’ before a meal. The food was really never very spicy at all, but having a good digestion system is going to be useful for all the raw meat and fish and egg you’re going to encounter.

Thirdly and finally, being veggie is gonna be very difficult. After not really eating all too much meat the previous term at uni, it was a bit of a shock to suddenly be eating meat so frequently. Expect chunks of meat to be found floating in your ‘Vegetable noodles’.

Fresh + yummy + colourful + tasty, despite some really poor chopstick skills (at this point). First taster of the free-sides-with-everything thing that happens in Korea. I’m not a huge fan of kimchi (think fermented vegetable/gherkin-y type taste) which does come with every dish you ever order, but I did enjoy the cold mashed potato with bits of veg in? 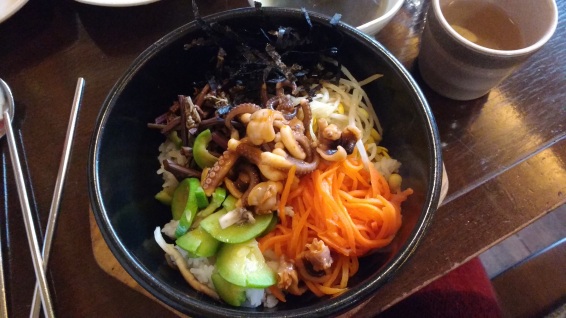 Pretty sure anything would be tasty when sat in the environment I was in (GwangJang market) to eat this meal. There were other things I ate here too but I’m gonna have to wait for Corliss to see this and tell me the names (update: dumplings which are called mandu!). What I knew as sushi before this trip is gimbap in Korea. It can be bought from convenience stores as little triangle parcels (which I am forever opening incorrectly) or rolls which are pre-cut into bitsize chunks (or two bites if it turns out you’re like me). 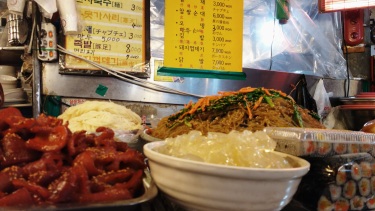 The cooking aspect of this was fun, but the sauces and the kimchi and the eating-garlic-whole thing maybe detracted from the experience for me? (Sorry Corliss) Having said this, to stop your clothes smelling smoky/like the BBQ, you can lift the lid off of the stool you sit on and put your coat/bag/outwear in there. Ingenious. This happy state of affairs is to be found in other restaurants as well, including in Japan. Can someone tell the curry houses in Birmingham pls?

Really tasty but quite a meat-based meal given my dislike of all things related to kimchi (haha you can tell this was a problem).

So for some reason drinking beer with fried chicken is a ‘thing thing’ in SK. It’s about as nice as you’re expecting. The beer was weaker than UK beer which was a little strange but it came in a huge bottle so maybe that was for my own benefit.

There were potatoes in this!! Ah, exciting! (Potatoes do not feature often aha) But it was also massive and my inability to use chopsticks is unfairly blighting my memories of this meal.

This is the meal I ate out with Mizuki. You get a pot of all the raw ingredients, and then there’s an instruction sheet and egg timer to help you on your way. It’s like a more advanced Korean BBQ. Okonomiaki itself has similarities with omelette and is tasty. Monja is a traditional Tokyo dish and, honestly, I’m not so sure. When cooked, it does bear a resemblance to sick, and it’s a little difficult to get past when it doesn’t taste hugely different either…

We went to a restaurant chain which is from Ryota’s hometown of Hokkaido, famed for its seafood. On the one hand, that is the best sushi I have ever eaten and the salmon is just next level. On the other hand, that brown-grey paste you can see in the top right photo is like eating some weird seafood exfoliating cream…

Traditional New Year food, served to me in the church I visited. Really good (including the raw meat and fish) even if I had no clue what it was that I was eating 95% of the time. 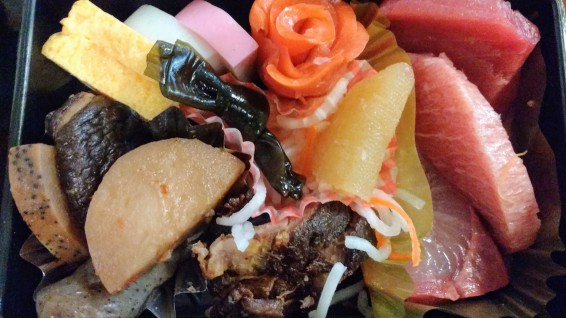 Effectively just meat skewers, which taste like meat that is skewered. But this random dish I ordered to go with it was possibly the most delicious dish I ate in my entire time away and I would happily eat if for dinner every night of the week.

Japanese noodles. I like. Especially the colourful fish pieces (the pink flower and the white and pink piece in the other dish) which I asked and was told the name of like a million times and I still can’t remember!

(Corliss, remind me what this is? update: it’s called hoddeok!) I went for the sweet version because I’m like that and this particular one was just so gorgeous! Like warm, nutty, syrupy sweet heaven in a little cup ❤ 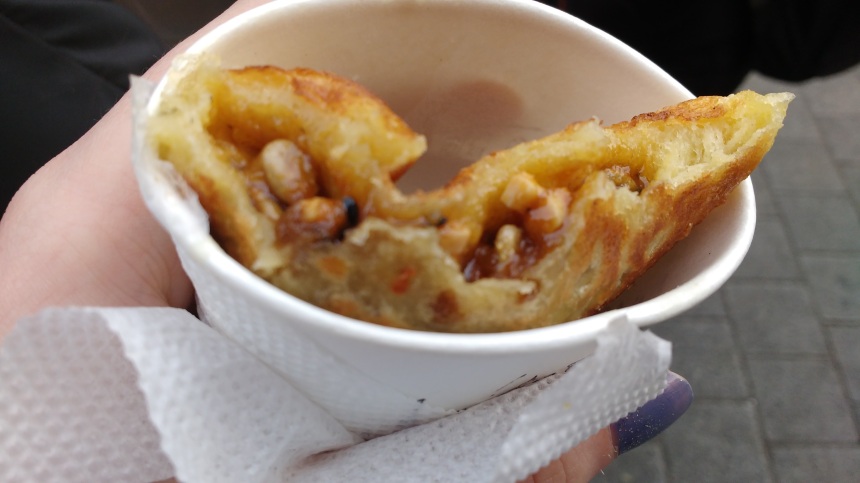 Yummy as expected but maybe a little odd for Christmas day? Also, it’s ice rather than ice-cream and it’s kinda difficult to get a creamy chocolate flavour without the cream part of ice-cream so at points it’s like eating cold watery cocoa powder? Even more devastatingly, poor, unsuspecting, doesn’t-like-cheese Rachel was unwittingly fooled into eating soft cheese and just 😥

I’m all here for that artificial banana flavour, but these things are really small and really pricey and kinda average taste wise. I can only think that putting those yellow stars into the sponge is costing them way a lot?

Fun to eat off of the stick, but a lil’ chewy and tasteless. But the powder on the outside (soy kinako) is literally on every ‘sweet’ item of food.

I had already encountered anko, red bean paste, in the sweets in Korea, but this was the first time of many more occasions of surprise encounters with that flavour in Japan. Anko is nice, but there’s no escaping the bean aspect! The same texture and almost aftertaste as eating a kidney bean.

The stawberry sweet thing also had a lot of red bean paste in it, and not sure what the white surround of it is actually made of? 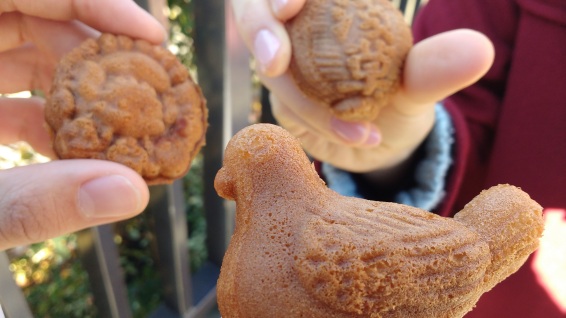 I had mixed experiences. Always being about to get soft ice-cream is a good thing I feel. Having green tea/brown rice/matcha/corn as default flavours detracts from this somewhat. But peach ice-cream was very nice, as was sweetcorn ice-cream, although I can appreciate that my love of sweetcorn exceeds normal levels! 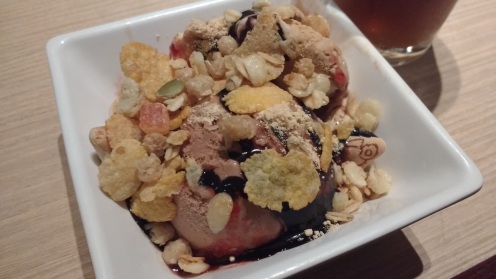 Don’t really have words to describe the ‘full’ flavour of raspberry tea I drank, but I enjoyed. Corliss’ cinammon tea is a sure way to burn the back of your throat in the same way you do when you take really strong cold medicine.

There was just no way that I wasn’t going to like this and also the drinks cartons are adorable. Artificial melon and banana flavours are to be found everywhereee. 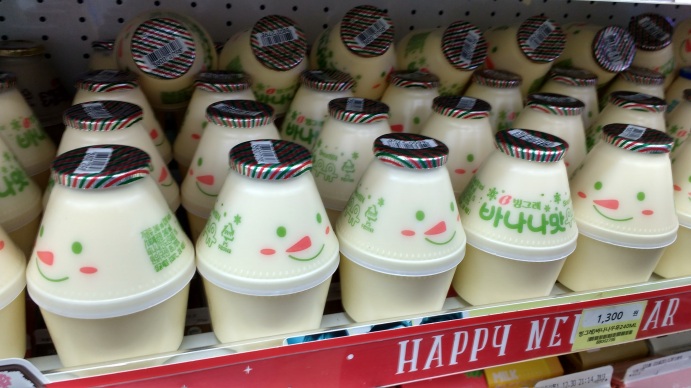 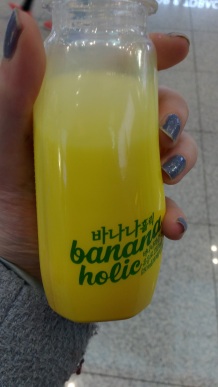 Too few drinks in my life have been purple. I liked it a whole lot although I actually can’t remember the taste of it now. Also, Corliss had this winter melon drink and that was also very nice. I like tapioca pearls. 🙂

A traditional sweet Japanese drink made from fermented rice. It’s Yukina’s favourite, but as far as I was concerned, it was like drinking rice pudding.

Actually, I enjoyed every alcoholic drink I had in Japan, because they’re usually just very sweet and fruity, and I like that. Also, serving alcohol warm seems to be a lot more common than it is here. 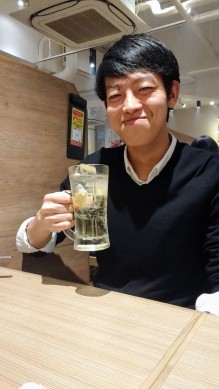 Breakfast is whatever but also English Muffins

Breakfast has absolutely no pattern to it. I got served: bread/what I know as char siew buns but which are of a different name in Japan/fried rice/miso soup/spinach/chicken salad/cooked apple/uncooked orange/rice cakes…. and custard profiteroles?

Also, Japanese people eat English muffins. Who knew? I got offered them multiple times for breakfast, and saw them advertised as ‘English muffins’ on TV too. 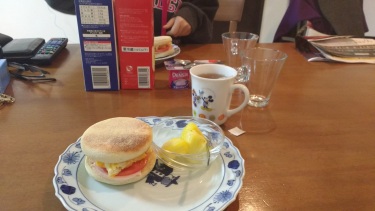 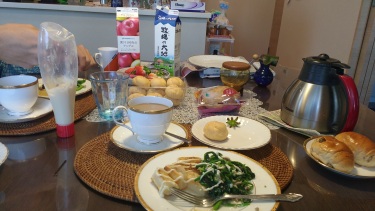 The most anaemic looking bread I’ve seen in my life. It’s also sold in cube shapes comprised of 6 or 8 slices of bread. Sometimes doesn’t even have a crust. This was confusing to me.

The most beautiful food award

This goes to the spicy octopus cracker, which you can see me eating above the title of this blog post. These huge guys stand there dumping octopus onto what are basically huge flat irons, and this is the result. Really very tasty. 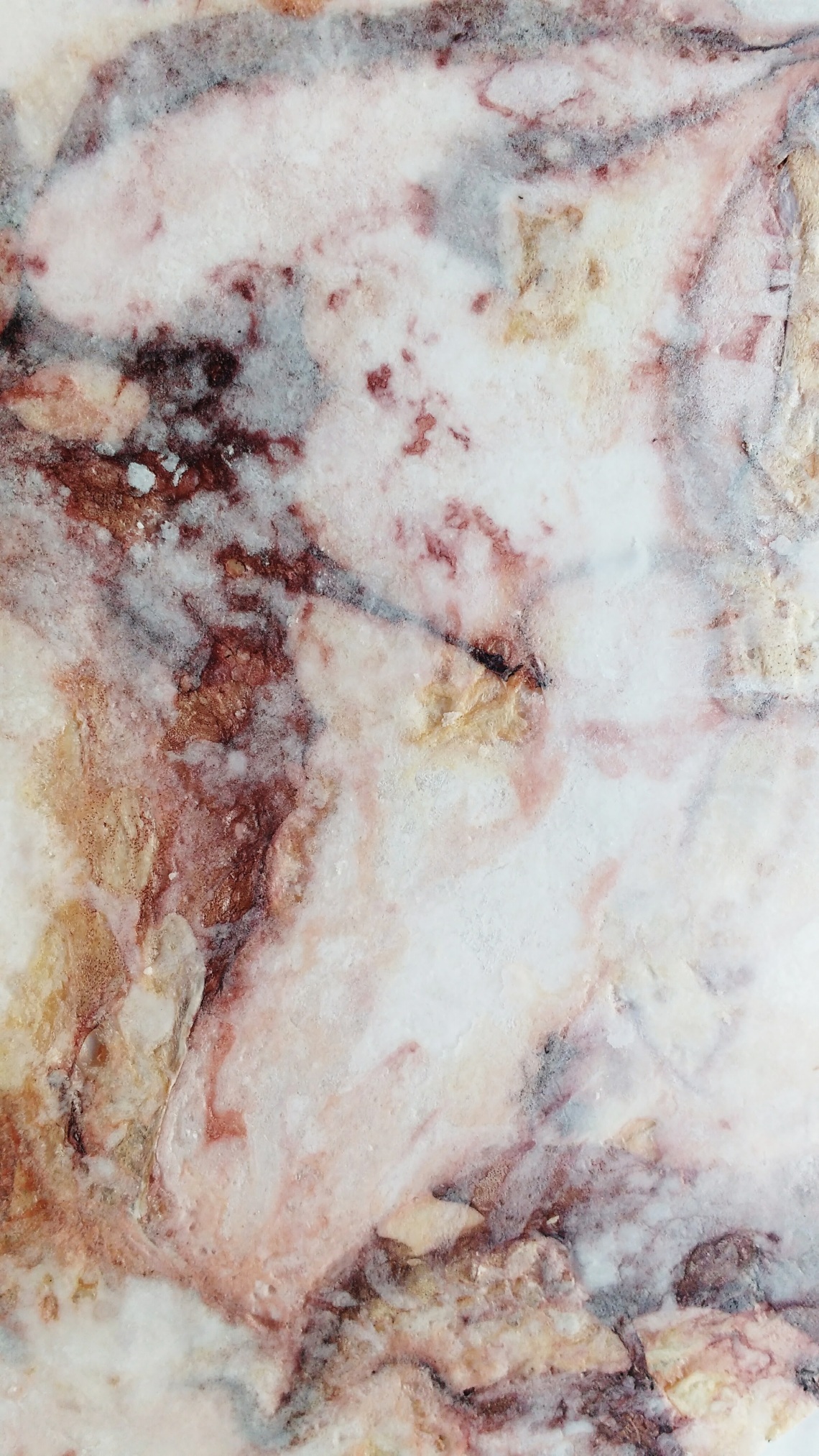 Photos of assorted other food because this blog post is too long! 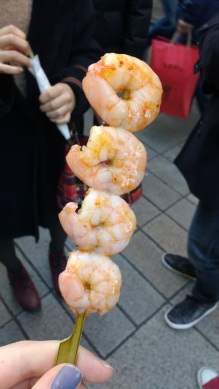 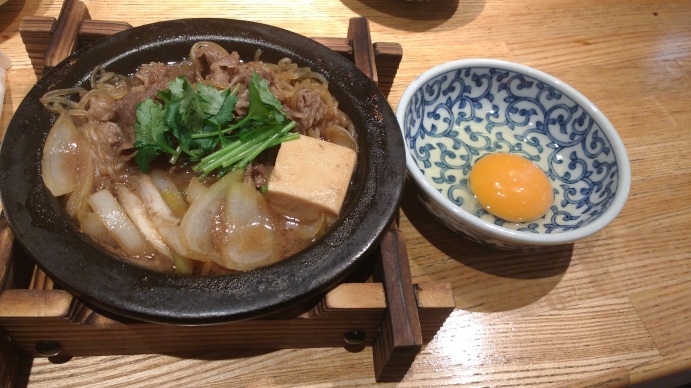 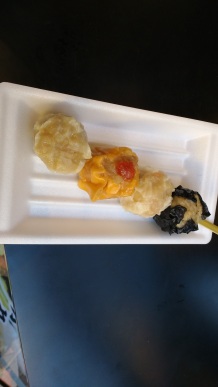 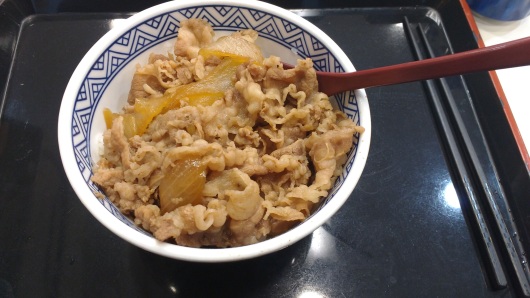 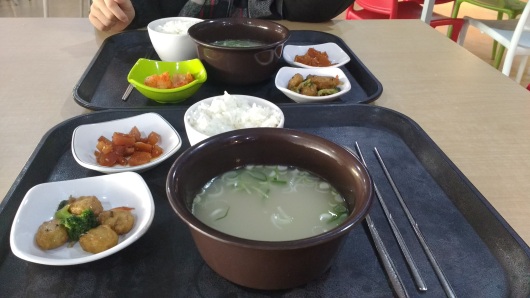 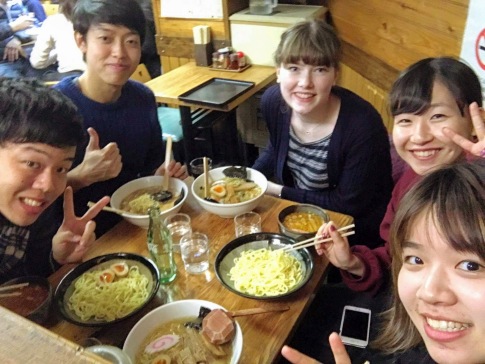 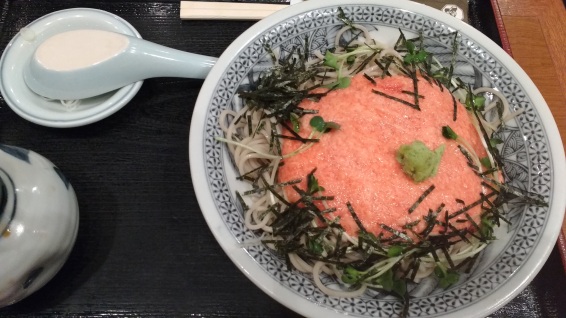 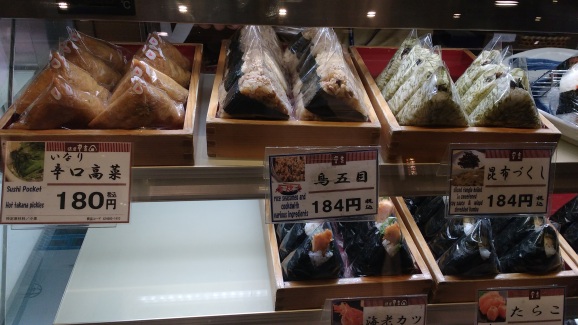 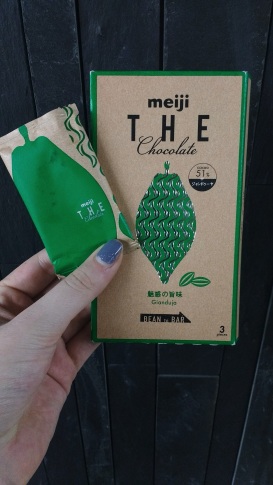 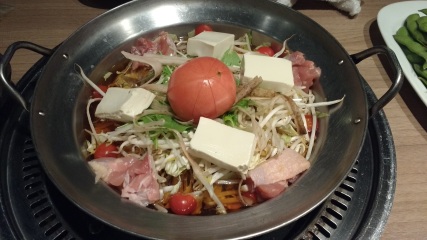 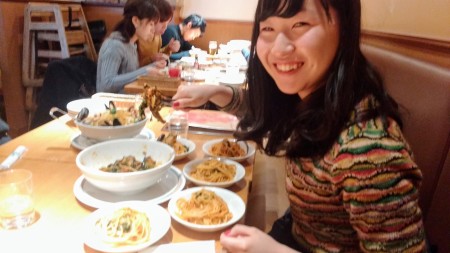 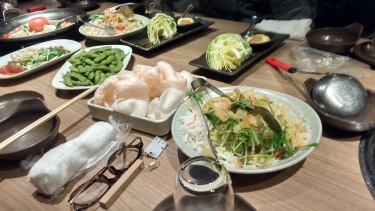 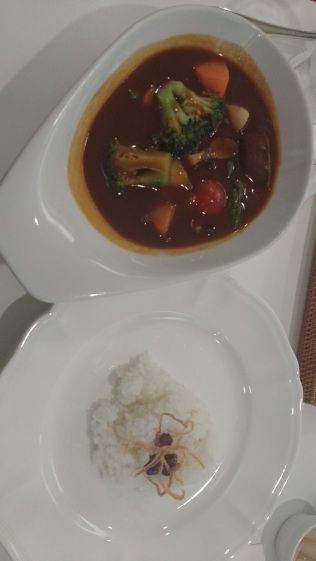 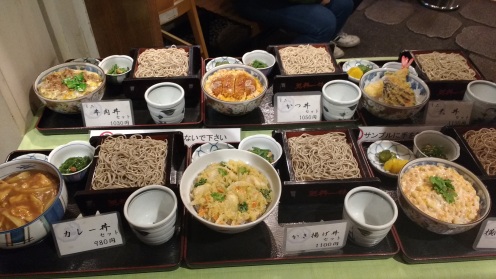 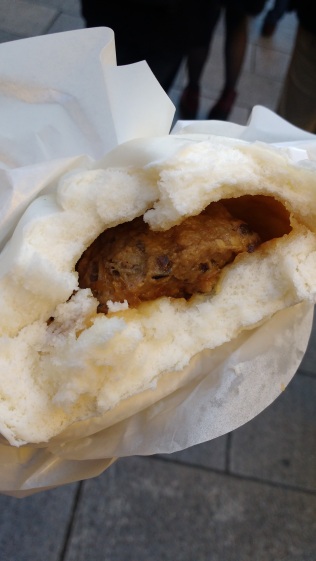 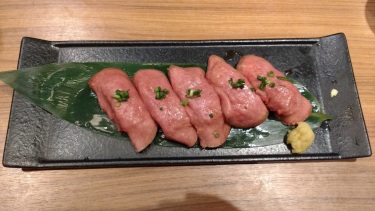 You made it to the end! Proud of you 🙂