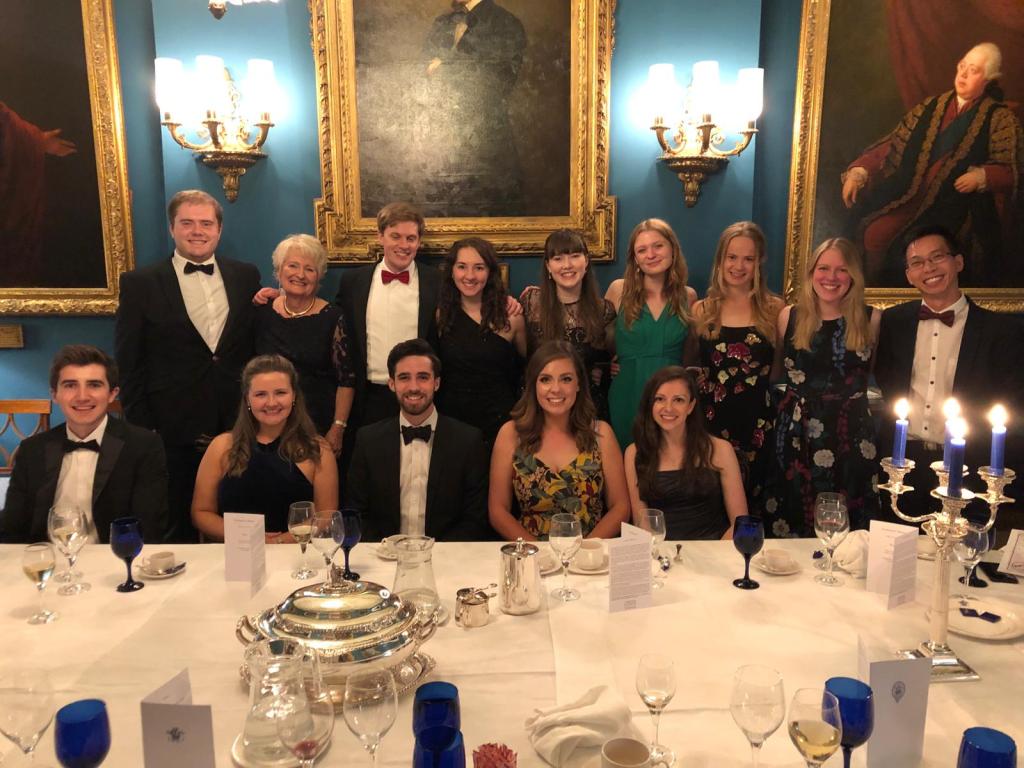 This week I received news which means I am likely to be moving up north to Sheffield from September. This has come in same week as celebrating the formal end of my grad scheme.

It seems strange to be on the move once more, but I feel very settled in it.

I may no longer be studying, but I am still reflecting. As I’ve had time to process all that has happened, I’ve concluded that I’ll remember the year by what I’ve learned about living courageously.

This year I’ve been learning how to live with the mess of life. I’ve seen more of the mess of suffering and brokenness (Lent Reflections, Re-crucifying Christ), particularly in relation to climate breakdown and with working in Parliament (Magda, and the TOEIC scandal).

Sometimes (often), this brokenness seems inevitable and trying to work against it feels hopeless. But this year I’ve constantly been challenged to really believe in what feels impossible, and to practice hope.

The success of XR’s ‘International Rebellion’ week was a huge surprise to me and has been hugely influential in this. Likewise, reading books such as Peter Harris’ ‘Under the Bright Wings‘ and Dave Bookless’ ‘God Doesn’t Do Waste‘ have challenged my conceptions of what I consider to be reasonably possible.

So often I want to stick to ‘due process’, and, so often, pragmatism seems to automatically override my other considerations.

I have realised this is really because too often I am afraid of the consequences of pursuing the uncertain, hope-filled impossible.

This is because doing things which might fail is vulnerable. I know already how this can infect my thinking in even the smallest areas of my life (‘I can’t x [host tonight/propose this new idea/learn this new skill] because y [insert innocuously pragmatic reason here], so I can’t ensure z [insert phrase about success of x]’), and it something I want to change.

I want to live courageously in pursuit of the hope-filled impossible.

Another way I have been learning about the mess of life is in learning to relinquish ‘narrative control’ over life. Rather than trying to build the events of life into a coherent, neat explanation of who I am and how I got here, I want to be able to experience life as a gift, albeit one with many complexities.

I find this requires a difficult level of honesty. It means honesty about gritty bits of leftover grief, gaps in my knowledge, disappointments, confusion, and dashed expectations.

Ultimately, I find being honest about the mess of life difficult because it requires me to forsake my pride. To admit where I can’t make something about my beliefs fit neatly, and haven’t got the answers or thought something through.

Being honest with the mess means allowing oil executives to be well-meaning and charismatic, and environmental activists to be grating and arrogant. It means learning how to sit with complexity. It means allowing myself to dissolve into a bundle of paradoxes and contradictions when I sit still for long enough.

But I want to live courageously, showing where all the grey infuses the black-and-white.

This has been my first year outside of the expected educational framework, working out the challenge and joy of being responsible for where and how I live, and what I do. It’s mostly just exposed much more of the mess of life to me.

I want a life courageous enough to reflect that beautiful Dorothy Day quote, ‘we may seem to fail, but we recall the ostensible failure of Christ on the cross‘.

I want to live courageously.

“Being a Christian is less about cautiously avoiding sin than about courageously and actively doing God’s will.” – Dietrich Bonhoeffer