If it was up to you, under what circumstances would you grant someone citizenship?

Would you grant citizenship to someone born in the UK and to parents….

….who have pending asylum applications?

….who are stateless (no citizenship of any country)?

Give that a child presently only has automatic citizenship in the first scenario, what rules would you put in place for the child born in the UK in the context of the last four situations?

Here is a hypothetical scenario:

Sara* is 17. She lives with her Mum and younger sister. Her Mum has always been legally resident in the UK under a work visa.

Sara* wants to apply for university this year. Would you allow Sara to attend university as a home student?

Sara* can attend university as a home student if she achieves the status of indefinite leave to remain.

Sara* is eligible for indefinite leave to remain because (under 276ADE of the immigration rules) she is under the age of 18 years and has lived continuously in the UK for at least 7 years (discounting any period of imprisonment) and she will have a chance of proving that it would not be reasonable to expect her to leave the UK.

To apply for indefinite leave to remain she must:

b) Have had a continuous status of limited leave to remain for 10 years. Limited leave to remain usually results in 30 months legal leave. It has a separate fee of £1,033 with a health surcharge of £200 per year (i.e. £500). The surcharge fee is set to double, meaning that by the end of 2018 the cost will be £2,033 up front for an application that needs to be submitted afresh four times before an application for indefinite leave is possible.

This makes the cost of the entire process £10,521 at today’s rates.

In the case of an unsuccessful application, no costs will be refunded.

Sara*, in undertaking this, would be following the process of applying for registration as a British citizen by entitlement. This citizenship by entitlement is a right already given to her by Parliament.

Now, let your imagination provide you with multiple reasons or circumstances in which Sara* cannot find the money she needs to submit an application for indefinite leave to remain.

How likely do you think it is that Sara* will go to university?

Sara*, of course, does not really exist. But in the 6 weeks I have been in my current job, I have come across multiple students who are a bit further along Sara’s road, or variations of it – they have all not attended university or have dropped out because they have not been able to receive student finance.

For those like Sara*, reaching adulthood without documentation to prove their immigration status, what options would you make available?

Under the so-called “hostile environment” there aren’t so many options. People like Sara* find themselves in a “legal limbo”.

The “hostile environment” refers to the policies enacted by the Immigration Acts of 2014 and 2016. They include a raft of measures to prevent people from accessing employment, healthcare, housing, education, banking and other basic services.

If you do not have the documentation to prove your immigration status:

It is a criminal offence for a landlord to let to you.

It is legal for a landlord to evict you without a court order.

NHS staff must demand upfront payment for treatment from you.

Treatment costs can be as much as 150% of the actual cost of care.

As of Jan 2017, the NHS is obliged to share confidential personal details such as addresses, GP details and dates of birth with immigration officials. (Consequently, Doctors of the World, which runs health clinics for undocumented migrants, has said that 94% of the people it sees do not access NHS services).

You cannot apply for a driving licence.

Pre-existing driving licences can be revoked by the DVLA. (Think about the seriousness of this!  In 2015, 259 licences were wrongly revoked)

Banks and building societies are now forced to conduct checks of the immigration statuses of existing customers. Your assets are seized if you fail the check. Details are passed to the Home Office.

This is my concern with the current system: strips freedom from people who have done nothing except not have wealth enough to ‘regularise’ their immigration status which they have a right to. Because they have no legal right to work, and no recourse to public funds – they have few prospects to ever hope to pay such large amounts to regularise their immigration status. Such a system traps people in these situations in poverty and pushes them into exploitative and illegal work and housing situations.

I believe it is unjust.

The Fee Barrier to Immigration Status 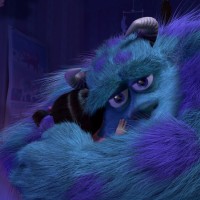 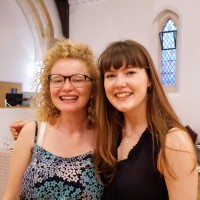