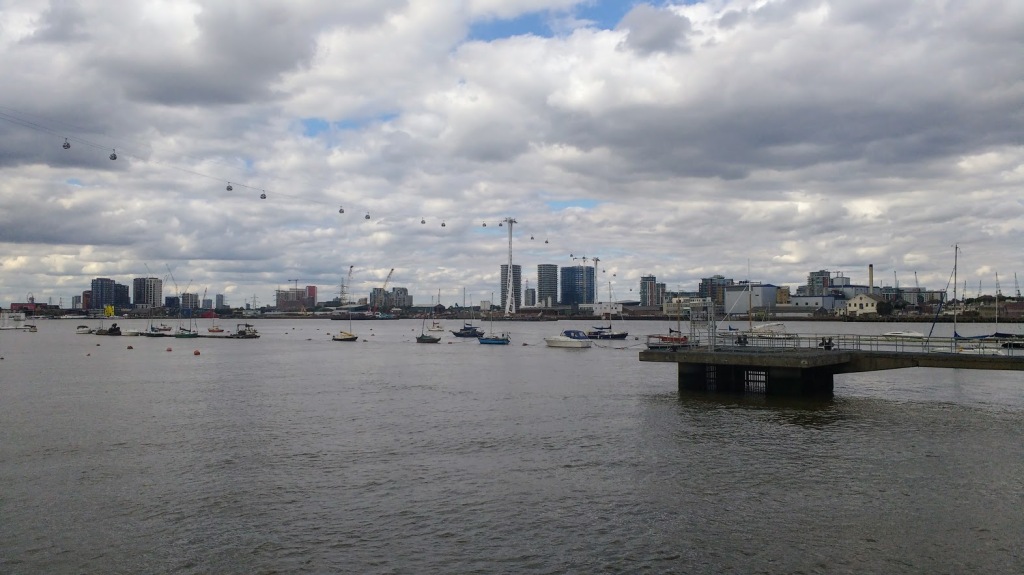 If you’re in debt in the UK, energy suppliers can fit a prepayment electric meter in your home, forcing you to pay for your energy usage upfront. However, this also means that your energy tariff will be higher than those on a normal meter.

The documentary showed one such family who had had one of these top-up meters forcibly installed. At the point of filming, they were £7 in arrears on the meter – meaning that the next time they fed a ten-pound note into the meter they would only have £3 credit.

This was a family whose situation was growing more desperate, as the money they were receiving in benefits had recently been stopped because of an administrative error. The parents were afraid of losing the house. And then, if they lost the house, of losing their two kids.

Poverty has sides to it that you don’t think about; this family couldn’t afford to replace light-bulbs once they went – they just kept on moving their dwindling number of remaining light-bulbs between rooms.

The possibility of this situation had never occurred to me. Light-bulbs are not something I’d ever had to think about. I’ve always taken for granted that if a light-bulb goes, there will be a replacement in the pantry cupboard.

I thought about the impact of growing up in a family with parents who are skipping meals to save money, who are worried about bailiffs turning up. I thought about what it would be like as a kid to be reluctant to tell your parents about birthday party invitations because of the cost involved in buying a birthday present.

I thought about the commandment: love your neighbour as yourself.

What does that mean?

In the book I’ve recently read by Bob Jeffrey, he talks about a Christian understanding of moral responsibility that comes from an understanding that we are made in God’s image and that the basic message of life is loving and self-giving. He writes the following:

We also see that the essential nature of man is not individual but corporate. Christians believe that God is expressed as Trinity in unity: in that total self-giving of the persons of the Holy Trinity to each other. God, in whose image we are made, is community. Under God, we are all interdependent in our very nature…. true humanity is shared, corporate and willing to give to the uttermost.

We all belong to each other and are responsible for each other. I like Malcolm Boyd’s adage ‘My brother does not want a keeper – he wants a brother‘.

What am I entitled to?

Do I have a freedom of choice if it is not a choice that is available to others? If I belong to God, then nothing I have belongs to me, including my money. If I believe that my money does not belong to me, but to God, am I using it in ways that are consistent to the will of God?

Bob Jeffrey talks about the contractual element of money and how this fits with his understanding of Christian responsibility:

Ever since I was a curate in a very poor area of Sunderland in the late 1950s, I have been unable to justify gambling as in any way desirable. Gambling is above all a contractual affair. I cannot gamble unless other people do. When you see the poverty wrought through compulsive gambling, you have to realise that if you did not gamble other people would not be able to. If there is even one person whose life is ruined through gambling, I have no moral right to gamble.

What I am really getting at here is that morality has a contractual basis… If we wish to have a moral society, we have to move away from the extreme emphasis of self-fulfilment and personal satisfaction, and move to encouraging a sense of mutual responsibility and sharing… What for instance is the morality of building up an economy by encouraging the arms trade?

“My command is this: Love each other as I have loved you. Greater love has no one than this: to lay down one’s life for one’s friends.”

I find it all to easy to decide that I am ‘entitled’ to certain things. I tell myself that I have worked to be in the place that I am in, that I have ‘earned’ my money.

And I certainly did not earn the love I have won through Christ’s death.

What am I entitled to?

The gospel tells of the entitled freely giving to those who are not. The worthy trading their place for the unworthy. Jesus laying down his life and all that he was entitled to.

My life tells of the un-entitled finding it difficult to give to those who are entitled. For I do not believe that there should be anyone living in any sort of poverty which dehumanises and diminishes their humanity. And yet, I don’t let it register that there are families in my country who are moving light-bulbs between rooms and going to sleep anxious about whether they will have a roof over their heads in a few months from now.

Maybe I am afflicted with a different poverty. A poverty mindset that makes me want to ask ‘What am I entitled to?’ and not ‘What am I able to give?’.

What am I able to give?